Strength, to further height.
G-SHOCK who built a new concept of toughness on the watch.
Everything is a hot belief of the developer to make a timepiece that will not break even if dropped,
It began with a reckless challenge that reverses common sense at the time.

In 1981, formed a project team · Tough.
Over 200 prototypes were repeated, and about two years have been spent.
Impact structure completed.
It is the birth of technology that is the core of tough. 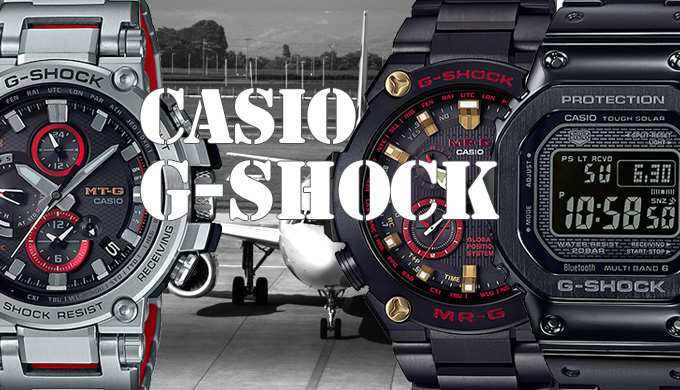 Since then, G-SHOCK has continued evolution without end.
Structure, material, function. Pursue further toughness from every aspect.
And now, that unlikely challenge, constant effort,
A strengthening structure that can withstand three gravitational accelerations, fruition at TRIPLE G RESIST.

Furthermore, pursuing almighty to respond to use under all circumstances,
SMART ACCESS realizes loading with light and reliable operability.

Be strong anywhere. Aim at the strength of the future.
G-SHOCK, its challenge is not over.

Full metal of the first model
Full metalization is realized based on DW – 5000 which is the origin of G-SHOCK.
By adopting a new shock-resistant structure bezel, hard stainless steel material to the band, equipped with the latest features including smartphone links. 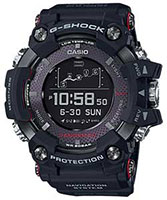 FROGMAN for the first time, equipped with a depth meter
In FROGMAN which can be used in diving, the first water depth meter equipped model. In product development that feeds feedback of Pro Diver’s voice that carries out a harsh mission, it is equipped with measuring functions such as azimuth and water temperature, which is important information when diving, including water depth measurement of ISO standard 200 m, water depth corresponding to 80 m maximum. Divers watch for experts demonstrating true performance.
GWF-D1000

The origin of G-SHOCK that impressed the strong presence of the first generation.
Covering the whole surface with urethane, the module which is the heart part adopts the hollow structure which supports by the point and floats inside the case.