Sake (Nihon Shu) usually refers to sake containing rice, koji and water as the main ingredients. It is a sake brewed by the manufacturing method unique to Japan, and it is classified as brewed alcohol. 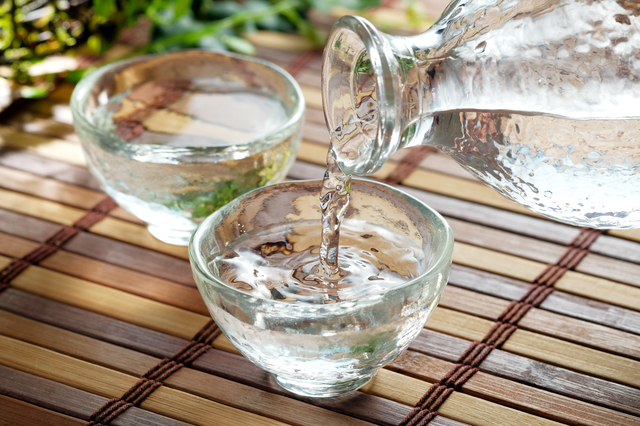 Sake is drunk in a wide range of temperature ranges from “cold wine” of “about 5 ° C” to “room temperature”, “hot rice” up to about 60 °C. An example in which it is normal to taste the same kinds of alcoholic beverages in the same area at different temperatures is other rare Shaoxing wine in China and it is relatively unusual.
To prevent drunkenness and to maintain physical and mental health, drinking with meals and water called “Yawaragi water” is recommended by sake related organizations.
There are many drinks of sake as it is in any temperature range, but traditional bone wine and finish liquor which taste by immersing baked or roasted fish in hot springs. Furthermore, in modern times, various drinking methods such as “” which made the sake half-frozen like a sherbet, on the rock where ice is put in the cup, water splitting and hot water splitting are also part. It is also used as a material for highballs and cocktails.
Sake is used for cooking as seasoning such as taste and scent including simmered dish, besides eliminating the smell of fish and shellfish. You can use drinking sake, but cooking dedicated cooking alcohol is also manufactured and sold. Sake lees (sakekasu) produced in the process of sake are also dissolved in white water with sugar and salt, and used for cooking such as dipping and lees. 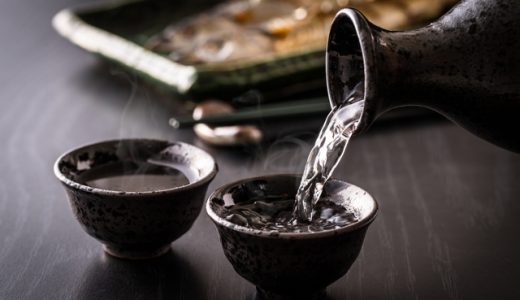 The main ingredients of sake are rice, water and koji (rice koji). In a broad sense, yeast and lactic acid bacteria that support the brewing of sake are all referred to as “raw materials for sake”. Professionally, “brewery alcohol” “acidulant” “seasoning” “amino acid” “sugar” etc. used for adjusting flavor is distinguished by calling it as an auxiliary material.

In 1994 around the world of sake, the tan crispy was booming. Meanwhile, Dragon spirits with fruity and sweetness appeared to ignore the trend.
To the sake that surprised and saw certain quality, fans became captivated one after another.

Yes, that sake is “14th generation”. Gentle ginja incense and mellow sweetness quickly break big. Since then, mass merchandisers and liquor shops throughout the country have come to deal with the “14th generation.”

Today, not only Japanese sake brewer but also “14th generation” that can make its name come true. As a Yamagata premier brand, won the unwavering position.

What is brewed is Mr. Akitsuna Takagi , who is a senior managing director and a master of the warehouse. He is also a creator of the “14th generation”, and he has experience working at a major department store in Tokyo, he is called a young genius chief executive who has sense as a manager.

Definitely he is one of the people who made fruity type sake popular. The ability and sense, and above all, liquor with a certain quality that is suitable for calling premium sake is “14th generation”.

Inherited the orthodox of “Mt. Oshima” who began brewing in Settsu Itami in (1661 – 1672) in Asahikawa called the Northern Bund, They work diligently in this area. Traditional handmade brewing method, it is rich and dry with depth of fresh base making. A scent that makes you feel the taste of rice. Taste swells further when you do.

Nigorisake is filtered by a rough eyed cloth or the like in the upper tank, and intentionally left the slag. If you do not burn, the fermentation continues inside the bottle and becomes foamy. It is built to enjoy the rich flavor and unique rich flavor and taste contained in the sediment. Even though it is labeled as “Nigori sake”, the degree of muddiness is wide, ranging from those with a slight deposit drifting in sake to products with a collapsible shape where the other side of the bottle can not be seen.